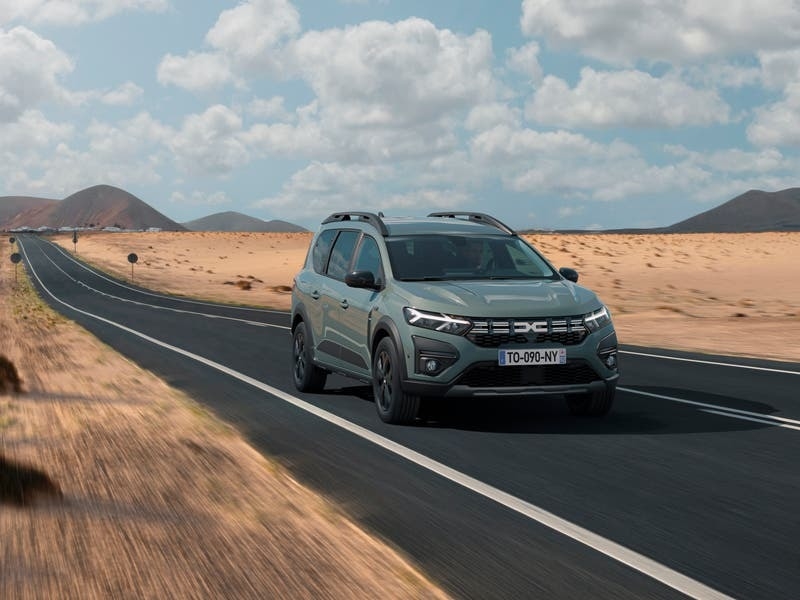 Dacia has confirmed it will reveal a new hybrid version of its Jogger MPV at the Paris Motor Show later this month.

Introduced earlier this year, the Jogger expanded Dacia’s line-up, and was the first time the brand has sold an MPV in the UK. Launched with a sole petrol option, it offers plenty of space, while its £16,645 starting price makes it the cheapest new seven-seater on the market – even undercutting many small hatchbacks like the Ford Fiesta and Vauxhall Corsa on price.

Dacia has now announced it will showcase a new ‘demo model’ of its new 140 hybrid engine at the Mondial de l’Auto, or Paris Motor Show. Set to use a similar powertrain to those already found in Renault models – pairing a 1.6-litre petrol engine with twin electric motors – it will be available to order early next year, with deliveries arriving in spring 2023.

The firm will also be showing off its new brand identity at the show, including a new logo that will be rolled out across its full line-up, and its Manifesto concept car to the public for the first time.

The rugged concept aims to showcase the brand’s future design direction when it comes to sustainability and minimalism design.