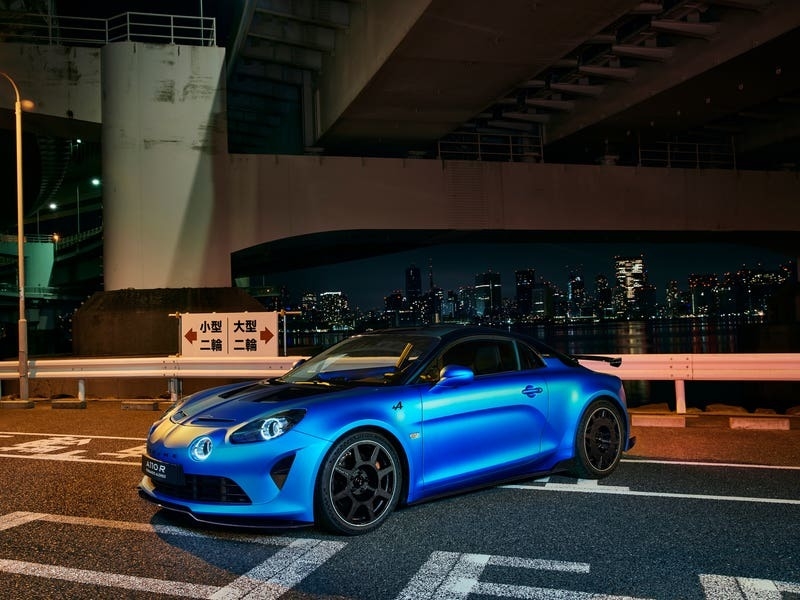 Just two days after Alpine revealed the A110 R as its most extreme road car to date, the French firm has announced a new special edition created from the input of Formula 1 ace Fernando Alonso.

Available exclusively in Racing Matte Blue, the finish is the same as that used on Alpine’s current A522 Formula 1 car, in which Alonso competes. The twice-world champion also had an input on selecting a partially painted carbon-fibre bonnet for the A110 R Fernando Alonso. On the standard car, the bonnet is entirely unpainted in an exposed carbon finish.

The car’s rear end is darker than the regular A110 R too, thanks to a black rear shield and black elements on the rear spoiler. This special edition also gets orange brake callipers in a nod to Alonso’s historic colours, along with a blue-orange-yellow flag on the rear quarter windows and a varnish-protected ‘Fernando Alonso’ signature.

Inside, the orange theme continues, with the colour used on the door straps and steering wheel centre marker, while Alonso’s signature is embroidered into the seats. A famous quote from the F1 driver – ‘There is more than one path to the top of the mountain’ – is also etched into the sun visor.

But it’s not just cosmetic changes on this special edition, as revised springs are fitted that can lower the suspension by 10mm for track-only use, while it’s also five per cent stiffer than the normal A110 R. Alpine says this will ‘give enthusiasts ready access to track settings approved by Fernando Alonso himself on Barcelona’s F1 circuit’.

Just 32 Fernando Alonso editions will be made, reflecting the number of his F1 triumphs, with a special plaque accompanying each car, while customers will also get a replica of the driver’s racing helmet signed by Alonso.