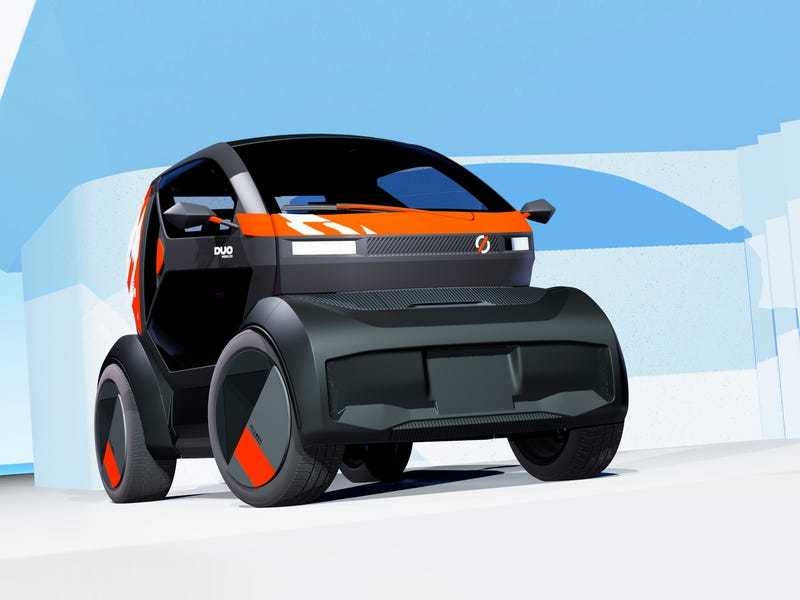 This is the Mobilize Duo – a fully electric quadricycle that has been designed to help with urban mobility.

Created through Renault Group’s newly-formed mobility arm Mobilize, the Duo is expected to be available on a subscription or long-term lease by the end of 2023 with ‘tailored services’ offered at that time.

A commercial-based cargo version – called Bento – will then be available in 2024.

The Duo measures just 2.43 metres in length and 1.30m wide, making it ideal for nipping around city traffic. Mobilize says that you’ll be able to park three Duo cars perpendicularly in a standard parking space, while wraparound bumpers are there to protect it from bumps and scrapes.

Based around an eco-friendly layout, the Duo has been built with the goal of using more than 50 per cent reused materials in its design. It has also been designed to be 95 per cent recyclable at the end of its life.

LED lights feature at the front and rear while the two doors open upwards so that occupants can easily exit the vehicle even when parked between two other cars. It also means that the doors don’t swing into the path of other road users.

Mobilize hasn’t yet stated how much the Duo’s subscription will cost, but it’s likely that this will be released nearer to the car’s on-sale date.