McLaren will now offer its Elva supercar with real windscreen 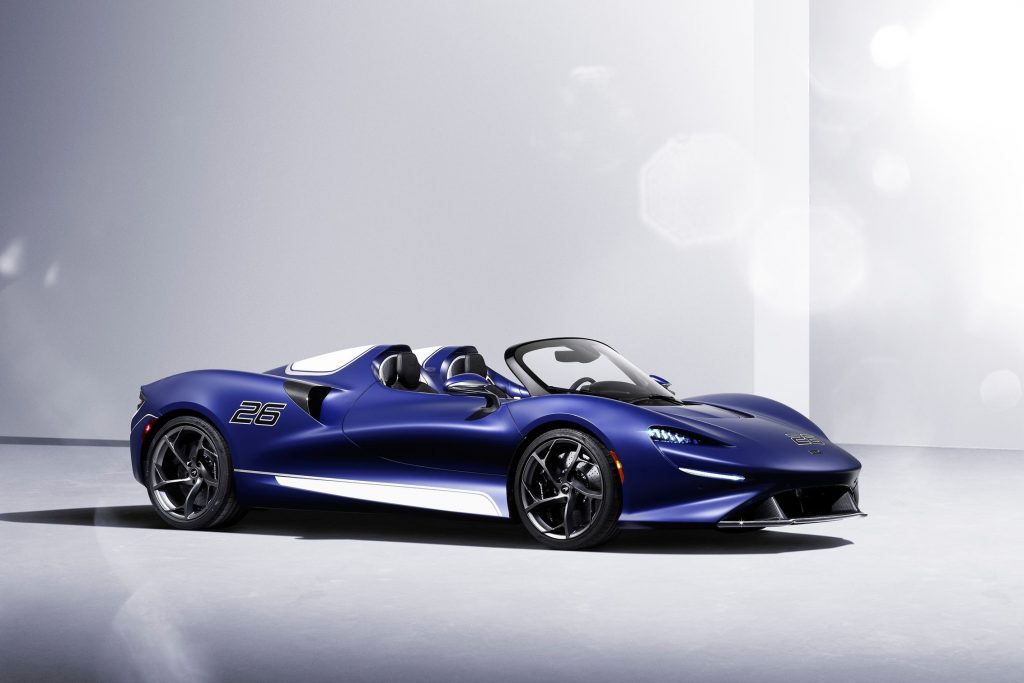 The model was originally launched without a windscreen, instead utilising an ‘Active Air Management System’ (AAMS) which channelled the air flowing over the car up in front of the cabin, creating a buffer that protected the occupants.

However, to give customers who did not want the car without a windscreen the chance to own an Elva, as well as meet regulations in some states in the USA, McLaren has expanded its range.

Mike Flewitt, McLaren Automotive CEO, said: ‘Super-lightweight and extremely powerful, the Elva delivers the ultimate connection between a driver, the road and the elements. Created to celebrate the pure joy of driving, it’s one of the most distinctive – and exclusive – cars we have made.

‘Roofless and without windows, whether you opt for the screenless model with its sophisticated AAMS technology that provides an invisible barrier of air, or the windscreen version with an additional level of enclosure, this is a roadster that rewards owners with the most exhilarating of open-air driving experiences, delivered as only a McLaren can.’

The windscreen version of the Elva has undergone its own specific development programme to optimise its aerodynamic performance.

Aas with the original model, it has no windows and no roof, with the overall package weighing less than 1.3 tonnes, just 20kg more than the screenless version.

It has the same powertrain, too, meaning the twin-turbocharged 4.0-litre V8 engine makes a massive 804bhp.

The first customer deliveries of the windscreen McLaren Elva will begin later this year.