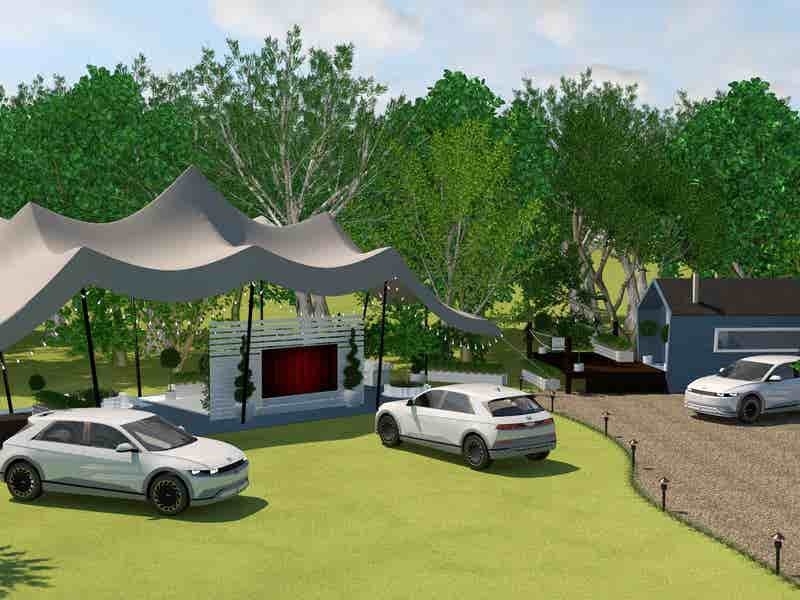 A hotel powered exclusively by electric cars is set to welcome its first guests later this month.

Said to be a world first, Hotel Hyundai is a response to the cost-of-living crisis, with power from the South Korean firm’s electric cars being used for the site.

Situated on the edge of Epping Forest in Essex, the site has been created by food critic Grace Dent and includes a ‘high-end luxury cabin’. A private chef will also be on hand to cook up a menu curated by Dent, with all the ingredients sourced from Essex.

There’s a coffee lounge on the site, too, as well as a projector and popcorn machine to offer a cinema-like experience.

An adaptor on the cars will have a socket into which standard electrical appliances can be plugged, offering maximum power of 3.6kW (or 15 amps).

Dent said: “We’re looking for unique, memorable stays more now than ever and this is a delicious blend of innovation, luxury and comfort that gets you thinking.

Hotel Hyundai will be open for three weeks in October and November, with all stays free via a competition.

Hyundai said it decided to launch the hotel after a poll of 2,000 adults that it carried out found that 55 per cent of them were rethinking their future holiday plans because of the cost-of-living crisis.