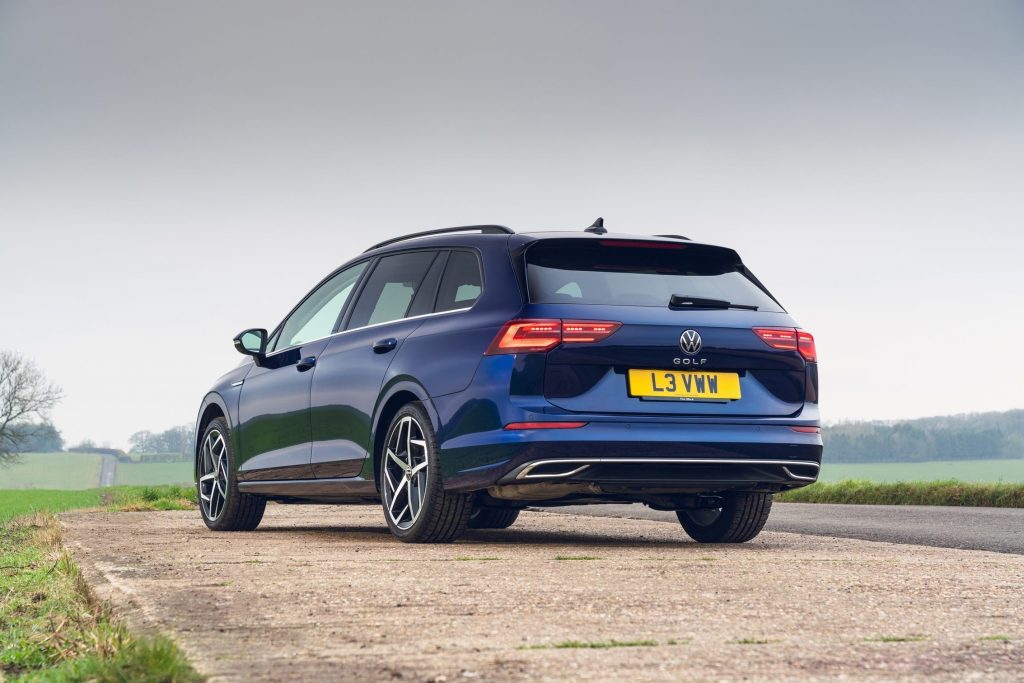 FEW manufacturers have been quite so capable of making the most of an individual model as Volkswagen has been with the Golf. Since its introduction in 1974, there have been eight generations, and today the choice is vast, with everything from the standard hatchback to the GTI and R hot hatches, as well as e-Hybrid PHEV models on offer.

But when there’s seemingly a new Golf option launched every week, there’s the chance for others to fall by the wayside. And on this occasion, it’s the Estate that’s been forgotten about since its quiet introduction at the end of last year.

Unsurprisingly for an estate model, it takes on board all of the changes seen on the latest Golf hatchback – the all-digital interior, mild-hybrid engines and bolder styling.

But Volkswagen hasn’t forgotten about the need for it to be practical, with the Estate now being noticeably longer than its predecessor, meaning there’s more rear-seat space and a slightly larger boot – win-wins in the estate-car world.

What’s under the bonnet?

The Golf Estate gets much the same engine range as the standard hatchback, including a choice of diesel and petrols – the latter coming as a mild-hybrid when the box for an automatic transmission is ticked.

Our test car uses the most basic of the Golf engines, though – a turbocharged 1.0-litre petrol joined with a six-speed manual gearbox. Though its 108bhp and 200Nm figures might not sound all that impressive in a car of this size, it actually allows for a decent turn of pace, with 0-60mph arriving in 10.3 seconds, while maxed out it’s capable of 126mph. Though the diesels will prove more efficient on longer trips, a claimed 51.1mpg and CO2 emissions of 126g/km mean it’s still an efficient choice.

The Golf Estate is a true reminder that you don’t need to choose a top-spec car for decent on-road manners, with this entry-level 1.0-litre option proving an impressive choice. It offers decent pace and never feels lacking, while even at higher speeds this engine never feels like it’s running out of puff. Both comfort and refinement are impressive, too, though there is quite a bit of road noise to contend with.

As with the standard Golf, Volkswagen has also made the Estate more enjoyable to drive. Though you won’t be making a special detour to go down your favourite B-road, it’s actually better in this respect than you might expect, with direct steering and limited body roll making it feel surprisingly nimble. Though the Ford Focus Estate might be sharper, as an all-rounder in this class, the Golf remains tough to beat.

How does it look?

There are certain cars that just suit the estate body style better than the hatchback, and, to our eyes at least, that’s the case with the Golf. With its stretched length and sleek rear end that tapers off earlier than its predecessor, it’s certainly an attractive bit of design, even in entry-level form, as was the case with our test car.

With standard-fit LED lighting at the front and rear, it offers a bit more style than before, though buyers wanting the most street cred should choose the R-Line, which brings lowered suspension and a sportier bodykit.

The bone of contention on the latest Golf has been its interior, and it’s no different on this Estate. For Volkswagen – a brand known for being conservative – the cabin is quite the change, with just about all buttons removed and put inside menus in the ten-inch touchscreen or digital-dial system (both included as standard).

While it certainly looks the part, the admiration stops as soon as you have to use it, as it’s slow to operate and incredibly fiddly. It really lets down what is otherwise a great package.

On a more positive note, the Golf can’t be faulted for space, with rear-seat passengers treated to 5cm more rear legroom than before, and the boot size increasing marginally by seven litres to 611 litres (or 1,642 litres with the back seats folded flat). It really makes it a very versatile family car option in this respect.

There’s a slimmer range of trim options on the Estate than the standard Hatch, with a choice of Life, Style or R-Line.

At the top of the range, the R-Line gains a sportier exterior look, as well as part-Alcantara sports seats and a heated steering wheel.

When it comes to spaciousness and comfort, the Golf Estate remains as credible as ever, and arguably more so now it has a roomier interior and upgraded standard equipment levels. Our entry-level test car also proved there’s little need to choose the higher-spec trims, either.

Like the regular Hatch, though, this wagon remains rather spoilt by its overly fiddly touchscreen system. Though it wouldn’t be enough to put us off buying a new Golf, it stops a good car from being a great one.

The post The Volkswagen Golf Estate is still as competent as ever appeared first on Jersey Evening Post.