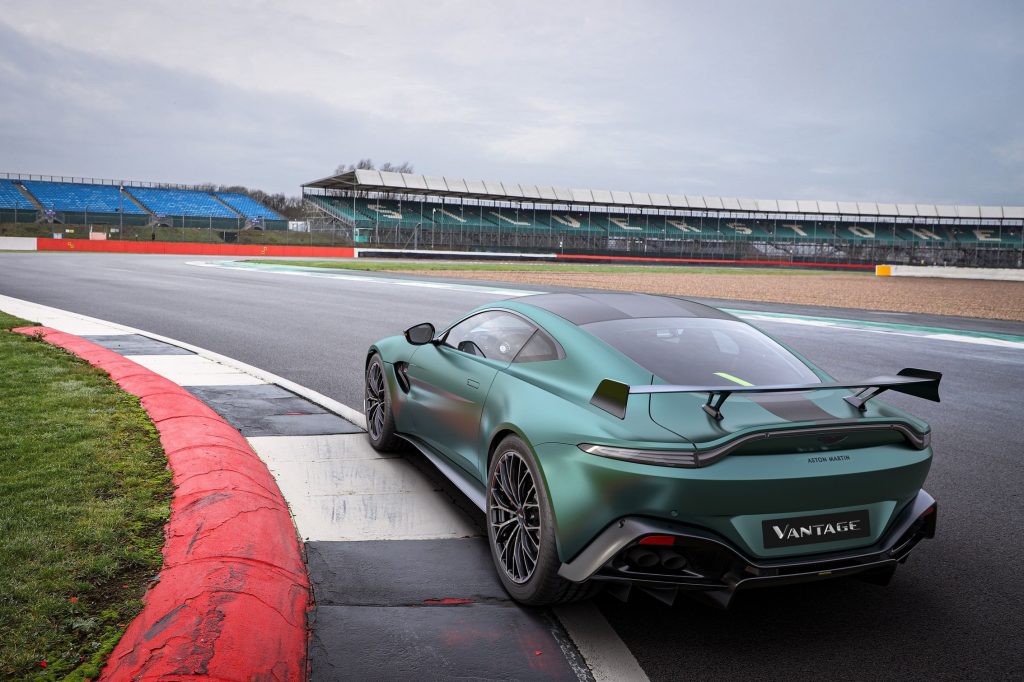 ASTON Martin has revealed that the V12 Vantage will return for one more generation.

While electrification might be spelling the end of the combustion engine, manufacturers are taking the opportunity to give their iconic powerplants a fitting send off.

The latest firm to do so is Aston Martin, which announced earlier this year that its first electric vehicle would be a replacement for its front-engined sports cars, the Vantage and DB11.

That model is coming in 2025, according to CEO Tobias Moers, but before then it seems the British luxury car brand plans to give the Vantage one last hurrah.

In a teaser video released 1 December, Aston Martin confirmed that the V12 engine will make a return to the Vantage line-up, with a new model introduced next year.

In the clip uploaded to social media, the engine can be heard revving aggressively with an animated ‘V12 Vantage’ logo, which is followed by the message ‘Never leave quietly’.

The V12 Vantage is widely regarded to be one of the most sought-after models in the Aston Martin line-up, as it sees the firm’s largest engine placed in its smallest sports car.

However, it was feared that this would be one of the first models to be chopped as the firm chased more eco-friendly alternatives such as hybrid and electric vehicles.

The opposite has actually been true, with Moers saying in the summer that the current sports car range will live longer than anticipated as the firm develops their EV replacements.