A taste of top-marque luxury with Jacksons 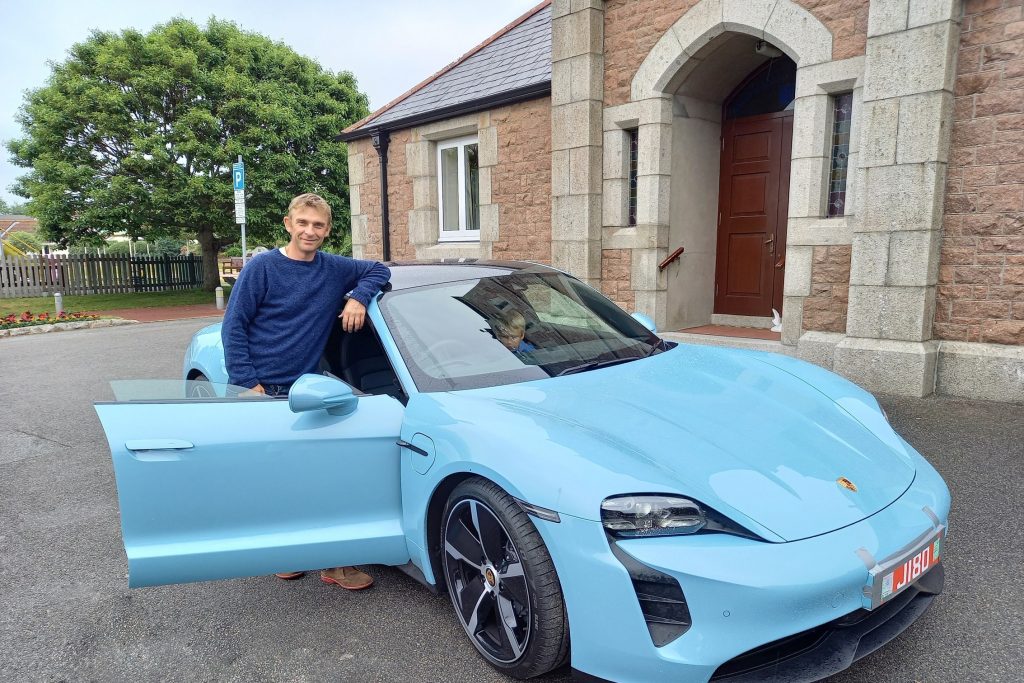 THE attitude of some who sell luxury brands can be, well, a little bit stuffy. You’ll have come across them – annoying up-their-own-wotsits types who make you feel as though you are not quite good – or rich – enough to be gracing their shop.

And then there are the other sort – people who have the privilege of representing high-quality marques and just want to share their passion and enthusiasm, who want to invite you into their world to enjoy its spoils.

The JEP was recently lucky enough to be invited by Jacksons to an ‘arrive and drive’ day at The Atlantic Hotel, which has built its success on accessible luxury and understated quality.

For anyone who loves cars – or just wants to see what it was like to get behind the wheel of some amazing machines – it promised to be a pretty good afternoon.

The menu was tantalising. We were invited to book 30-minute slots in a range of performance cars – from Porsche, the 911, Taycan, Cayenne and Macan, as well an Aston Martin DBX, Jaguar F-Type, Morgan and GT E-Tron Audi.

The two electric supercars – the Taycan and GT E-Tron – were paricularly interesting as they offered a window into an exciting future of sustainably-powered transport. I had also seen the Taycan reviewed on Top Gear and the fun they had driving it – their verdict echoed by best-selling author and Jersey resident Peter James who reviewed it for this newspaper. He was blown away by the speed of the thing.

But would we, me, my ten-year-old son and my father-in-law, feel comfortable in this millionaire’s parade?

We hadn’t been at The Atlantic ten seconds before the answer was obvious. Customer service executive Chloe was on hand to hand over some dream key fobs and could not have been more friendly and welcoming.

First on our taster-menu list was the E-Tron, which had only be out in the Island for about a week.

Gavin, one of Jackson’s sales team, showed us which buttons to press before, with a knowing twinkling his eye, saying: ‘This one is my favourite. It’s like being in a jet fighter.’

Despite the billing, we drove out of the hotel car park at about three miles an hour – no one wants to scrape a new super car on the kerb…

The E-Tron’s cockpit is packed with high-tech wizardry and has a pretty cool head-up windscreen display (jet fighter – so far so good).

The Audi shares much of its DNA with the Taycan, both being built by VW using the same platform and with a fair amount of the same mind-boggling technology.

Clearly, we were only interested in the 0-40 time and, well, when my father-in-law put his foot down, I think we hit warp speed before my brain could stop itself teaching my son a new word – it began with F – and it wasn’t ‘fast’.

The acceleration is unbelievable. Frighteningly so, given we have agreed to pay the £500 excess. We were all thrown back in our seats and now had that mad glint which had lit up Gavin’s face.

The Audi is also a pretty good-looking machine.

It was a window into what to expect in the future, as this technology will soon find its way to more affordable makes. And it is an exciting future. Anyone who thinks that the end of combustion engines means the end of high-performance motoring can think again.

We drove back to The Atlantic in awe of the E-Tron and in quick succession had a play in the Jaguar and a 911. It’s a crazy old world when these two cars feel like something of an anticlimax. Of course, they were astonishing too, but we expected that. The E-Tron was so remarkable because it blew expectations out of the water.

We shared our excitement with Chloe, who suggested that we take the Taycan for a spin to compare it to the Audi. After a split second of consideration, we accepted the offer.

Let’s just say that its cousin was stiffer, meaner and snarlier than the Taycan, if just a quiet. It is faster on paper, but we are talking such fractions of seconds that I will just take the experts word for it.

The day ended with a long chat with some of the Jacksons team. It quickly becomes apparent that they love the fact that they have the keys to a pretty awesome sweet shop. These machines sell themselves and for many who buy them, price is not the overriding consideration.

Despite all that, we had an enlightening and interesting chat about the pros and cons of electric vehicles, generally and in the particular Jersey context in which there is too little government support to get people driving electric vehicles. There is also some way to go before we get the infrastructure needed.

All in all, it was a day packed with F words – fascinating, fun, fast…

It was also clear that the team at Jacksons enjoy sharing their sweets, not to mention their knowledge and passion for some truly extraordinary technology.